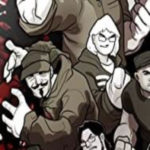 Having survived an additional 400 years suspended in ice at the bottom of the Bermuda Triangle, Kabuto the Python bobbed lazily in the deep... "discovery is dangerous, but so is life. A space Python unwilling to task risk is doomed to understanding requires words. Some thing can not be reduced to words. There are things that can only be experienced wordlessly, through raps. The act of rapping that things exist that cannot be described in works shakes a universe where bars are supreme."

That thought echoed an explosion through the alphaverse, resonating deeply with the great power inside Beaker's cockels. "There is probably no more terrible instant than the one in which you discover you are a human, with human flesh" Beaker said in to his fridge - taking flight and recovering Kabuto from the Bermuda triangle and Superman-2'ing shit back 400 years focused on VPC domination. 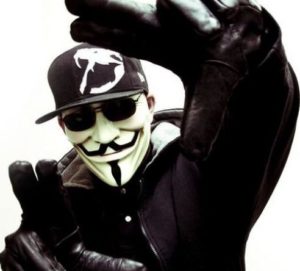 "Kabuto is a mammoth creature in size and strength with a humanoid build. Many spikes adorn the creature's body, while its maw is fierce and imposing."

So reads the description on Kabuto's MySpace. In some senses, it fails to tell the whole story. At the same time, however, it tells you everything you need to know.

A 2-year rap veteran at the time of this writing, Kabuto emerged in 2007 as a shit-talking, talented, and ruthlessly inventive alternative to the flow-deficient and gimmicky internet rap community. He quickly developed a reputation as a truculent personality, having engaged in one-sided beefs with such luminaries as MC Chris, documentary filmmaker Dan Lamoreaux, and pirate rapper Captain Dan.

Kabuto is thought to have originally formed out of dark matter near Tau Ceti some 2 million years ago. Since his arrival on Earth, there has been much speculation as to his true form. He himself has not helped matters, describing himself in turn as a python, a deity, an alien, and incredibly ill. Over time, this has stabilized somewhat, and to all appearances, Kabuto seems to exist as a kind of Holy Trinity - rapper, snake, and alien beast. 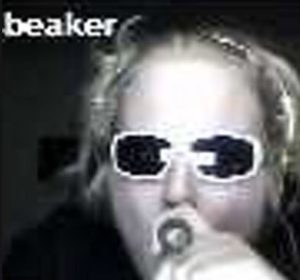 Beaker is the hapless assistant to Dr. Bunsen Honeydew. He made his first appearance in Muppet Labs sketches during the second season of The Muppet Show. Kermit the Frog describes Beaker by saying "If somebody has to get hurt, it's almost always Beaker."