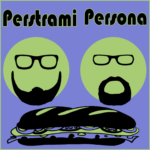 Steve and Zilla Persona met through the Vocalist Producer Challenges of years past. Having previously been a team together, Pastrami Sandwich, they decided to team up once more to deliver poppy, glitchy nerdy beats filled with fandom, farce, and food. With a shared love of hip hop and hoagies they have evolved to Team Perstrami Persona to hopefully hit mid-tear. If you want to check out the final forms of previous VPC challenges, check out Pastrami Sandwich, the EP on https://deathstar.bandcamp.com.

Steve has been a member of the Northwest, Seattle-based Nerdcore group Death*Star for over a decade. Having performed as C0splay at PAX, Rose City Comic Con, Kracklefests, Nerdapalooza, and even been on a West Coast tour, he's kept himself busy with nerdcore. As "Steve" he tends to write very similar, if not a bit more personal music. Having released a couple EPs, he's current working on his first self-titled album. He also acts as a show booker and coordinator for touring acts when they hit the Seattle area. 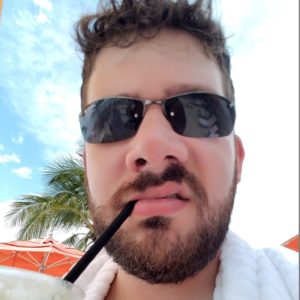 Zilla Persona is noted as one of the groovier vocalists in Nerdcore who pushes out fun, chippy beats. Having made beats for Death*Star, Lex the Lexicon Artist and others, he has abandoned the toxicity of Facebook for greener pastures but is still always down to lay a hook or help with the bleeps and bloops necessary to get the job done He is also going to be featured heavily in the fourth Death*Star album as a core member of the creative group (having input, production, vocals, and/or rhymes on every track)!