Gizmo and Patkilpat come together to form "The Phoenix Force" one of the most powerful and revered entities in the universe! 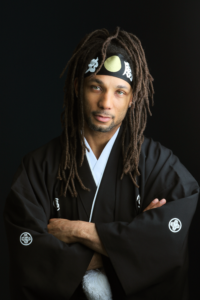 Hip Hop's voice of the Caribbean. Gizmo aka Gizmo De Trini blends together cultures from his world travels to birth a new sound in the realm of Hip Hop. Born and raised in Trinidad & Tobago, becoming a student of Hip Hop culture in Arizona and then mastering his craft in Japan. Gizmo tells his story through honest eyes and evocative lyrics, using reflections of himself to mold a better tomorrow.

Weaving influences from the Caribbean from artists such as Machel Montano, Bunji Garlin, David Rudder, Buju Banton and Damian Marley, have all helped in crafting his unique style. However, he does not draw inspiration from Soca and Reggae alone. Artists such as Wyclef Jean, Mac Miller, Binary Star, A Tribe Called Quest and many many more, can also be accredited to his versatile and diverse sound.

Because Gizmo's influences are far reaching, his ever evolving style has the ability to hit you with something smooth and reminiscent of a different era, like his Big In Japan series (which brings to life a modern style Boom Bap sound.) A hard hitting, booming, lyrical piece like his 2018 album Tokyo Ronin (which fuses together the US, Japan and Trinidad & Tobago) or some hardcore, experimental, from the gutter style raps like he did in GAUNTLET (the supervillain comic book themed antics of NEGATRON.) Gizmo's journey has only now begun and there is no limit to the possibilities of the greatness which awaits him creatively. 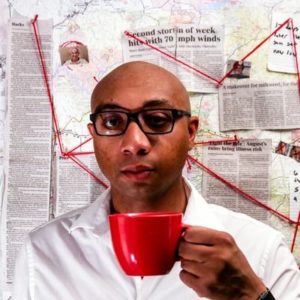