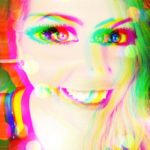 Once described as "Nerdcore's younger brother", Jordan found the NCHH community through an MMO-based online radio show he hosted in the late 2000s. Branching out from YTCracker's NerdRap Entertainment System, Jordan realized he'd already had a taste for Nerdcore in several of his playlists and didn't know it, until piecing the puzzle together in the early 2010s, and hosting Nerdy Nonsense and Friends in the mid 2010s.

Jordan remains in the 1% of Nerdcore that hasn't put any words on a beat, he'll stick to websites and radio.

Jordan recently decided to exit Google to focus on his crypto startup, offering derivatives on https://info.domination.finance Bitcoin's marketshare, and hopes to refocus some of his time back into the community again.